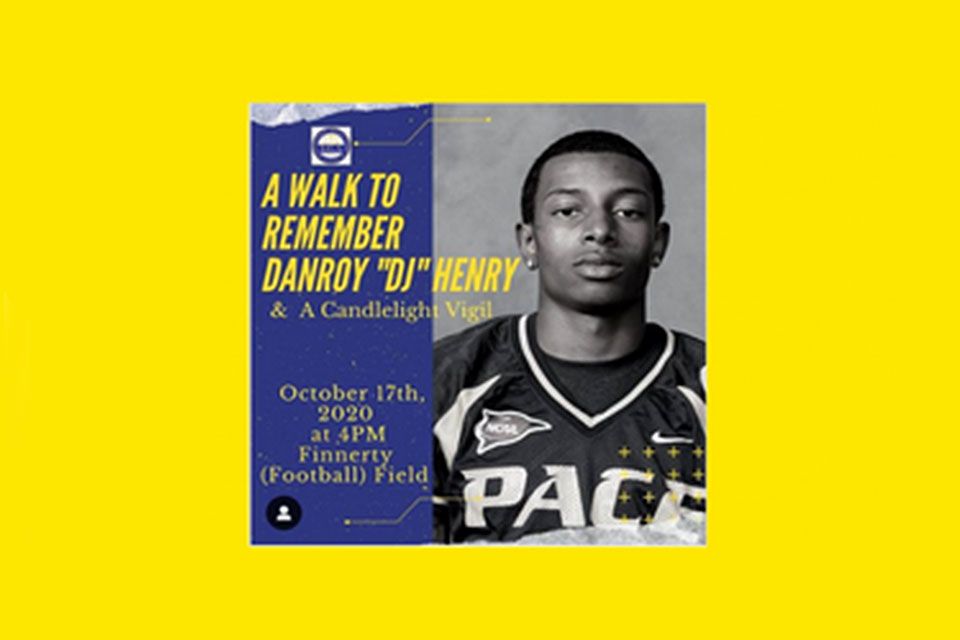 You should know DJ Henry’s story. Let me tell you.

You know George Floyd and Breonna Taylor’s stories. Ten plus years after his death, you should also know DJ Henry’s. Let me tell you.

On Oct. 16, 2010, DJ Henry was hanging out with friends at Finnegan’s in Thornwood, New York, a bar frequented by Pace University players. A shoving match began between two men who were not part of his group. After the police responded and asked Henry to move his Nissan Altima, he drove onto an access road, and that’s where another police officer Aaron Hess stepped in front of his car and fired through the windshield, killing Henry and wounding one of his friends.

As a man of color, and a student at Pace University, I have thought about his story a lot. Pace is a private university with its main campus in New York City and secondary campuses in Westchester County, New York. It enrolls about 13,000 students and is known as a school that provides a transformative education for its diverse students — academically, professionally, and socioeconomically.

When the Black Lives Matter movement swept the country last year, DJ was really on my mind. I was cooped up doing schoolwork and consuming TV and social media, and everywhere I looked, there were images of hyper violence against Blacks. All too often it included police brutality. I felt helpless watching these images and videos. I’m an optimist, but that depressing period affected not only my health but that of many classmates and staff. 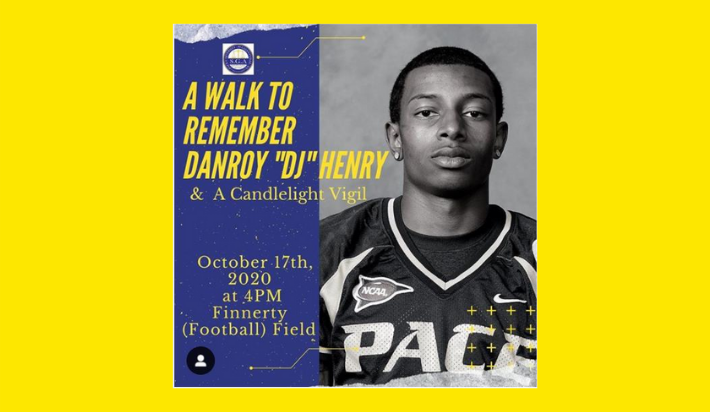 I decided to create something positive out of this situation. As an Apogee Student Ambassador for two years, I was part of Pace University’s digital content marketing team with responsibilities that included the creation of social media polls and competitions, videos and campus life promotions. It was easy for me to get input from the campus community on how much more Pace could be doing in the area of diversity, equity, and inclusion (DEI). We couldn’t change the world, but we could start doing something right on our own campus.

Our big success came in October 2020 during Social Justice Week, when we did a special dedication to the memory of DJ Henry. I knew our hard work to foster diversity on both our New York City and Pleasantville campuses was paying off. Despite how challenging and oftentimes depressing things were last year, it was my role as Apogee Student Ambassador that gave me, and by extension other students working alongside me, the tools, platform, and determination to “just do it.”

So, we just “did it.” Our next effort was to lead a fundraiser for the DJ Henry Dream Fund. Little had been done to remember DJ’s story or to educate and support students around issues of racial injustice. That was about to end. With members of Greek Life, we facilitated a month dedicated to advocacy for and education about DJ — and raised money for the fund, which provides scholarships for K-12 kids to attend athletic and performing arts camps.

Our fundraiser exceeded our wildest expectations — raising over $1,600 and engaging over 1,300 people. It was a defining moment! It lifted our spirits and showed the power that the student body, speaking with one united voice, could have.

Not long after, I was elected as Pace’s first ever Diversity Ambassador. What an honor! Working with the newly-formed Diversity and Social Justice Committee, I have been able to continue to engage in advocacy for students, particularly those from underrepresented groups. In just the past eight months, we’ve accomplished a lot:

Add to these was our great success surrounding Black History Month in February. To cap it off, we ended with Black Futures Week. During this time, students could hear from numerous companies about their perspectives on diversity, equity, and inclusion in the workplace and in recruitment. It was an opportunity to network and learn about leadership programs, internships — and full-time jobs! The list of participating organizations and employers was impressive: Madison Square Gardens, SIRIUS XM + Pandora, TEVA Pharmaceuticals and Morgan Stanley to name a few. Thanks to our hard work, this will now be an annual event at Pace.

I’m particularly proud of two other major accomplishments related to DJ’s legacy but not only about him. They will affect Pace for years to come. First, the approval for a “DJ Henry Dream Scholarship.” It will be awarded to students at the forefront of social justice and creating positive change in the Pace community. Second, the approval to create a wall mural honoring DJ by the football field. Painting begins this semester.

I am truly passionate about this work and being able to help uplift the community. I believe that when we advocate and empower those who are underrepresented, and inform those with the power to create change, we uplift everyone.

For me, this is only the beginning. My ambassador positions were an opportunity to transform my ideas and passions into action. They allowed me to be the driving force behind change at the University, and to show all students that our voices mean something. Diversity, equity, and inclusion cannot be achieved solely by a small group of people – it is a result of the actions of the entire campus community.

I believe that I am leaving a legacy helping to foster change that will last long after I’ve graduated. 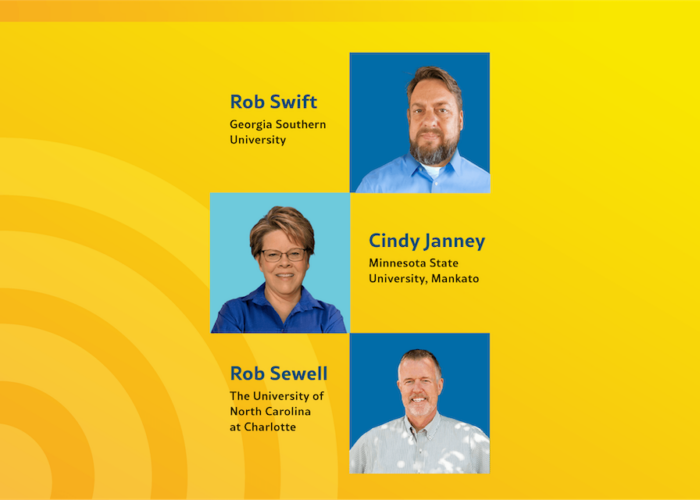 Summary Gen Z well knows the benefit, convenience, and flexibility that Wi-Fi brings, and their fingers are crossed that campus administrators know it, too. 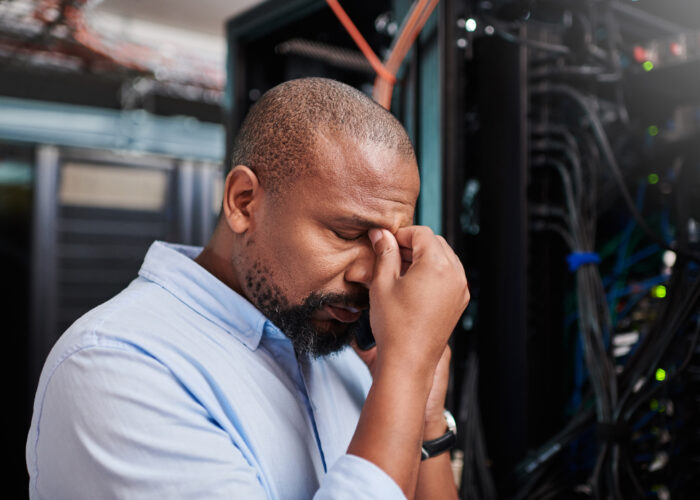 How to Identify, Remediate, and Monitor Technical Debt

During the waning days of December 2022, one could not escape the news of the tens of thousands of flights canceled by Southwest Airlines in… 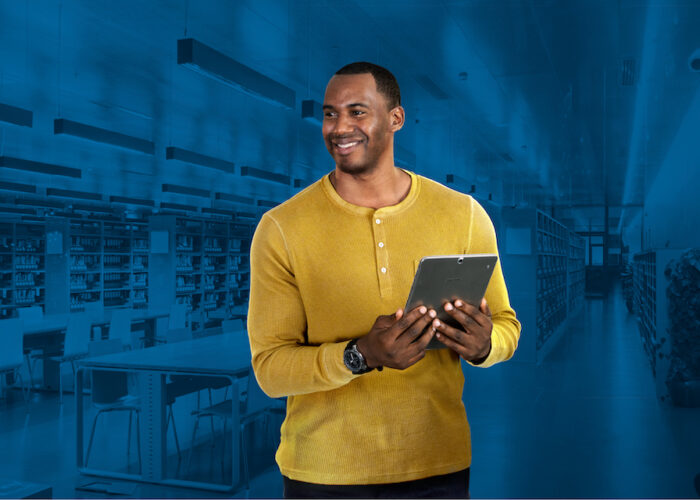 What the Acquisition of Cumulus Technology Services Inc. Means for Our Customers

Over the last 20 years, Apogee has earned the trust of campus leaders at over 350 colleges and universities by helping them identify challenges and…